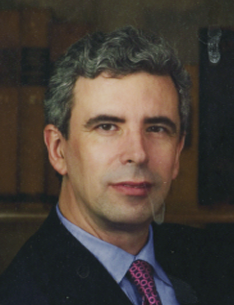 Adam Van Doren is the artist and author of The Stones of Yale (Godine), which includes a foreword by Robert A. M. Stern and a preface by Henry Chauncey, Jr.; The House Tells the Story: Homes of the American Presidents (Foreword by David McCullough); An Artist in Venice; In The Founders' Footsteps':Landmarks of the American Revolution (Foreword by Nathaniel Philbrick).

Van Doren’s artwork is included in the collections of the Art Institute of Chicago; The Wadsworth Atheneum; The Museum of Fine Arts, Boston; The Yale University Art Gallery, The Beinecke Rare Book and Manuscript Library, The New Britain Museum of American Art, The Addison Gallery, The Princeton University Art Museum; and The Museum of Fine Arts, Houston. His work has been exhibited at the National Portrait Gallery in Washington D.C., among other institutions, and Van Doren teaches at Yale University, where he is also an Associate Fellow.

Van Doren is a graduate of Columbia University.  He is the subject of a monograph (Hudson Hills Press, 2007) that features his watercolors of Paris, Venice, Rome, and New York, and which includes essays by Avis Berman, Samuel G. White and Richard Boyle. In 2009, the book An Artist in Rome was published (Kelly-Winterton Press) in collaboration with the noted poet John Tagliabue, and features Van Doren’s paintings from when Van Doren was a Visiting Artist at the American Academy in Rome. Additional books by Van Doren have been published since then: An Artist in Venice (2013, Godine), and The House Tells the Story: Homes of the American Presidents (2015, Godine). Two catalogs have been published (The Renaissance Studios, New York) of Van Doren’s paintings with essays by Mark D. Mitchell, Holcolmb Green Curator of American Art at Yale University; and Patricia Hickson, Emily Hall Tremaine Curator of Contemporary Art, The Wadsworth Atheneum Museum of Art. A recent publication, A Yale Sketchbook (Yale University, Lustman Fellowship Fund), includes Van Doren’s paintings of the architecture of the campus and contains essays by Pulitzer Prize winning critic Paul Goldberger and former New York magazine critic Carter Wiseman.

Van Doren has also written and directed two documentaries about the arts which were broadcast on PBS and cable television: James Thurber: The Life and Hard Times, narrated by George Plimpton, which was awarded a major grant from the National Endowment for the Humanities; and Top Hat and Tales: Harold Ross and the Making of The New Yorker, narrated by Stanley Tucci.

Van Doren is a member of the Authors Guild.

IN THE FOUNDERS' FOOTSTEPS: Landmarks of the American Revolution

Van Doren's watercolors give the book visual appeal, and the window it opens on the lives of these places, past and present, makes it worth keeping around. --The New Criterion